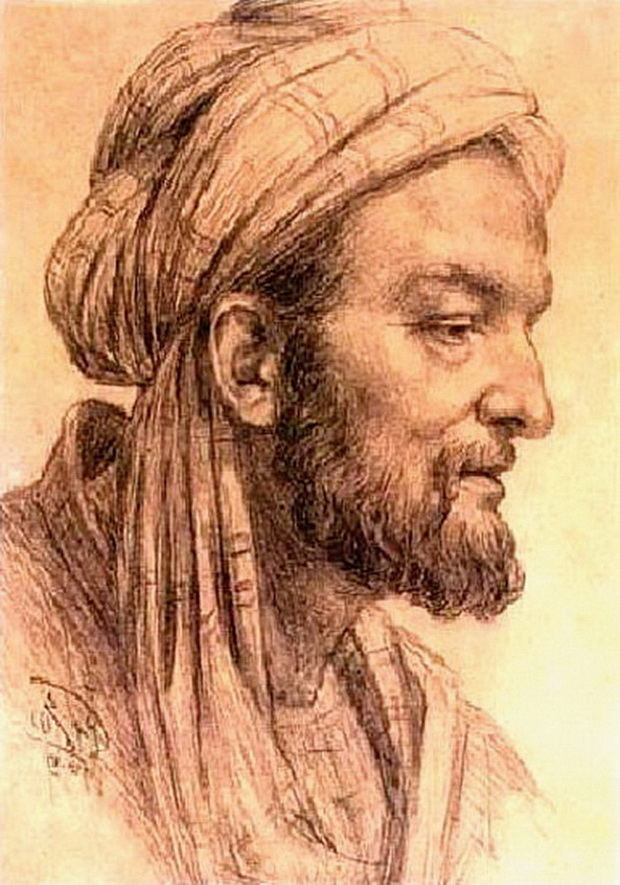 Ibn Sina, known as Avicenna in the West, was a contributor to many fields, including geology, philosophy, law, theology and astronomy, but his greatest legacy lies in the field of medicine.  He began studying medicine at sixteen and was already celebrated in the field by age eighteen (Not. Med. Books 53). His posts included court physician, vizier to several caliphs, and chief physician to the Baghdad hospital. It is estimated that Avicenna wrote over one hundred books, even though only a small portion of them have survived to the present day. His work, Al-Qanun, or Canon in English, is one of the most famous medical texts in the world. Dominating medical education and practice in Europe and Asia for centuries, the Canon is a comprehensive codification of all Graeco-Arabic medicine. This book also includes many important original observations which are sometimes overshadowed by the encyclopedic nature of the work (Sarton 710). For example, Avicenna was the first physician to observe the communicability of diseases such as tuberculosis and dysentery, the spread of diseases through water, the properties and preparation of alcohol and sulfuric acid, the genetic nature of certain conditions, and the sweet taste of urine in those with diabetes.

Despite all the positive results of his work, the Canon did have some negative impact on the advancement of medicine in the Middle Ages by promoting reasoning over first-hand observation and initiating the idea that surgery is an inferior branch of medicine (Garrison 131). Avicenna’s Canon only declined in influence during the Renaissance when the actual medical writings of the ancient Greeks became available in Europe (Not. Med. Books 53).

The Reynolds-Finley collection has a copy of the first Arabic edition of Al-Qanun to appear in the West, published in Rome in 1593 (Sarton 711). Only this book and one other Arabic version include the important clinical records that Avicenna originally intended to append to his work (Garrison 130). It includes some of Avicenna’s works on logic, physics and metaphysics in the appendix. Also, the Reynolds-Finley Library holds a Latin translation from 1556, Liber canonis, de medicines cordialibus, et cantica. This is an edition of the original Latin translation of the Canon by Gerard of Cremona (1147-1187). Illustrations within show procedures for treating disorders of the spin https://library.uab.edu/locations/reynolds/collections/medical-greats/avicenna